I've had a chance to sneak in some sewing in the midst of my studio re-do.  I got this awesome pattern pack from Pattern Anthology called the Alphabet Collection for back to school wear and it has been hard to resist making something.  I had planned (and have a bunch of fabric from Fabric.com) to make the Study Hall Jacket first, but the weather hasn't been right for making jackets just yet.  Little brother desperately wanted a pirate vest for his birthday, so here comes the Perfect Pirate Vest...

I started out with the BBC Vest by Schwin&Schwin.  It was super easy to put together, I omitted the buttons in this version, because little guy here didn't really want any.  (We will see what happens when his big brother has some.)  The only thing I did differently was to add some under-stitching in several key spots so that everything would lay right and stay put, since it was a knit.  The pirate fabric is a french terry that came from The Fabric Fairy Shop.  I bought it almost a year ago to make a hoodie for big brother and I had a bunch leftover.  The lobby-lobster fabric came from my stash, and could have come from anywhere.   So here's some pics of my first go: 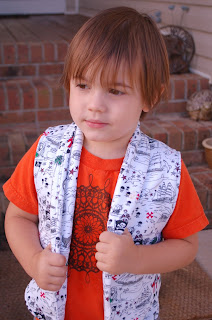 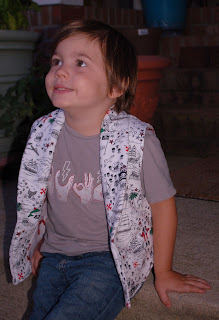 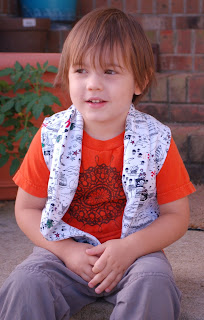 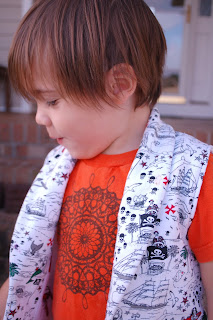 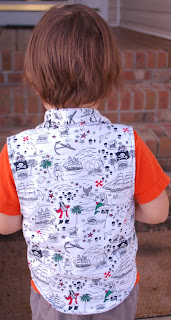 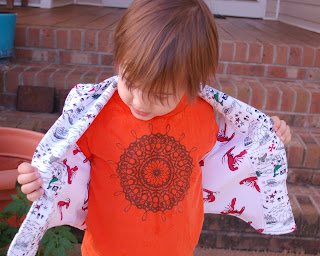 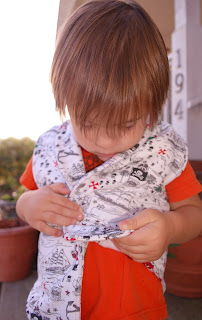 He just discovered the mermaids!

I think it turned out SO cute...  So cute in fact that I whipped up another that evening.  This one is made of a gray sweatshirt knit and some skull and and cross-bones knit from the stash. Again, I added the under-stitching so that it would lay right. And I am so proud of myself, I managed two buttonholes on this one... and the best part is they came out exactly the same size.  Whoo hoo! Success!!!  So here's super handsome big brother in his awesome version:  (watch out ladies!) 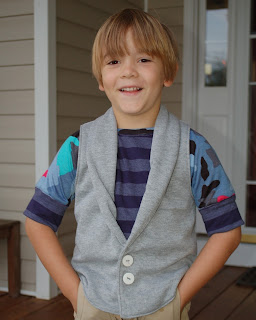 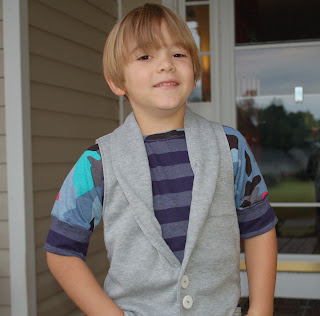 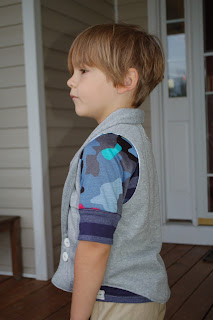 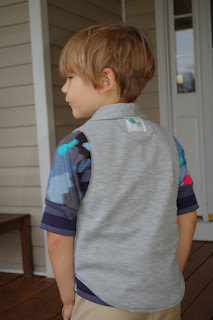 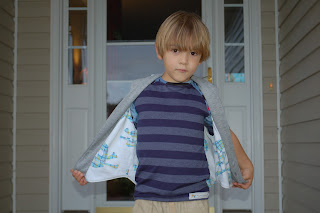 I am so happy with how both turned out, and the best part is they both LOVE them.

Big brother has been begging for a shirt with camouflage and stripes.  So after the vest was finished, I just had to make him something to go underneath.  And what better pattern to use than the Recess Raglan from the Pattern Anthology pack.  The striped knit is from the stash and the camo is from Fabric.com.  This was super easy to put together, too.  I'll be making another one of these for little brother today. 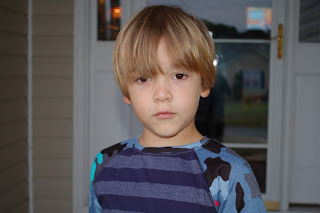 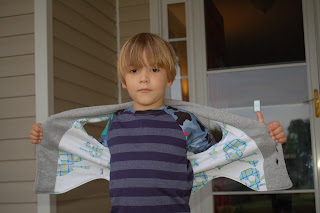 More to come soon...
Be on the look out for a Study Hall Jacket (or two) and some more Recess Raglans (perhaps even a girly one or three).  If you are interested in buying either of these styles, I'd be happy to make something for you.  Just send me a quick email. 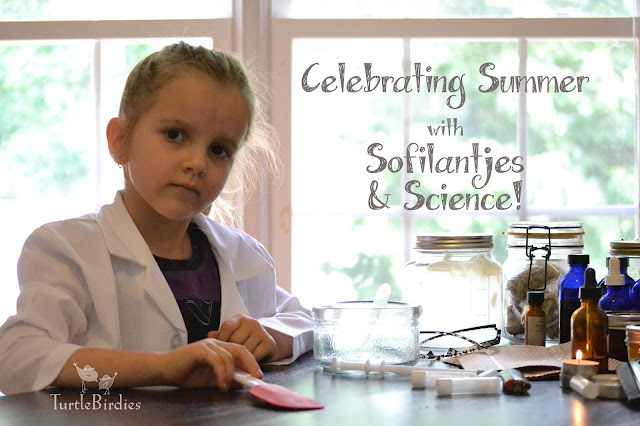 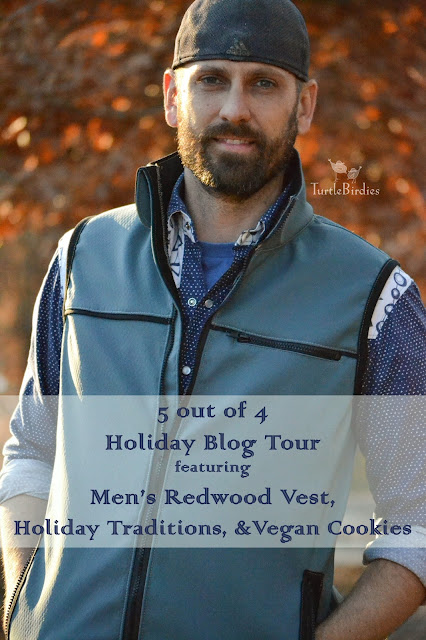 5 out of 4 Holiday Blog Tour: A Gift for the Hubs